Part 1 – Neural circuitry and muscular contraction during a counter-movement jump
Scenario:
You have recently taken up the position as a full-time Strength and Conditioning Coach for a professional sports team. The head technical coach is interested in learning more about the plyometric training sessions you have implemented since joining. He wants to understand better the physiological processes which underpin the exercises you’ve selected, so has asked you to provide the support staff with a short information fact sheet which explains the neural circuitry and muscular contractions associated with a plyometric jump. He has made it clear that this needs to be simple and easy to understand. Where appropriate, the fact sheet should draw upon relevant literature but most importantly link to jumping exercises you are using with the team.
Assume your audience have little prior knowledge of these areas of physiology, so make the content simple and easy to interpret. For example, it may be wise to change the title of your fact sheet if you feel it contains terminology which your readers may not understand. You are also encouraged to use visual aids to support your explanations.

The stretch shortening cycle
The plyometric training method develops the ability of the muscles to produce force at high speeds through a stretch of the muscle followed by a rapid shortening (Rimmer & Sleivert, 2000). This is the stretch shortening cycle (SSC) and is the natural mechanism the body uses to produce power in a number of movements (Chu, 1998) such as walking, running and jumping. A SSC is made up of three separate phases. Firstly there is the eccentric phase, followed by the amortization phase and finally the concentric phase. An example of a countermovement jump is shown in the following video with each phase of the SSC highlighted.

Muscular contractions
The muscular contraction that takes place during a CMJ is a voluntary contraction and is created when the brain decides to move a joint or contract a muscle. As the decision to jump is made a nerve impulse is sent from the brain to the required muscle. This signal is sent through nerves in the central nervous system and effectively delivers the command to contract to the chosen motor unit. Each motor unit consist of one motor neuron and all the muscle fibres that motor neuron stimulates. As these muscle fibres are stimulated by the motor neuron they contract simultaneously creating force to move the joints that the specific muscle is attached to (Baechle & Earle, 2000). The figure below shows a diagram of neural circuitry involved in muscular contractions.

Neural circuitry of a muscular contraction

Storage of elastic energy
Although other mechanisms such as the stretch reflex and potentiation contribute to the SSC due to the long duration of the eccentric and concentric contractions during a CMJ (Young, 1995) the mechanism which provides the power is the storage of elastic energy. Energy is stored during a CMJ and is reused to produce the power in the jump (Lachance, 1995) with this process happening as the muscles are rapidly stretched then immediately shortened. This process is similar in the mechanism of how an elastic band works (Brown, 2006) which is shown in the video below. As a band is stretched from its normal length elastic force is created in the band. Immediately releasing the stretched band causes this stored force or energy to be reused and snaps the band back to its original length (Chandler & Brown, 2007).

The stretch reflex
When single leg exercises such as hops and bounds are introduced shorter ground contact times are required to enable a transfer to improved acceleration (Young, 1992) and sprint (Rimmer & Slievert, 2000) performance. During these exercises the SSC process includes a stretch reflex alongside the storage and reuse of elastic energy as its mechanisms for producing power. During the SSC as an eccentric contraction takes place the muscle spindle which senses any change in muscle length delivers a protective impulse to the muscle. If the impulse to lengthen the muscles is strong enough the automatic response from the muscle spindle creates a powerful reflexive concentric contraction. This stretch reflex allows for a greater contraction force to be generated as stimulation of the muscle is increased which helps lead to the generation of high levels of power (Cormie, McGuigan & Newton, 2011).

The athletes are required to move at high velocity during plyometrics to fully utilise elastic energy and the stretch reflex (De Villarreal, Requena & Cronin, 2012). In particular the amortization phase which is often referred to as the coupling time needs to be short to enable elastic energy to be used optimally (Flanagan & Comyns, 2008). Long coupling times result in stored energy from the eccentric contraction being lost as heat (Baechle & Earle, 2000) and ultimately reduced power output in the following concentric contraction.

Training goals
Improvements in sprint performance, jumping power, running economy (Turner, Owings Schwane, 2003) and agility (Miller, Herniman, Ricard, Cheatham & Michael, 2006) are the highlighted benefits of plyometric training and the goals of the program. To assess these elements of performance and the athlete’s adaptation to the training program the CMJ is assessed alongside acceleration, sprint speed and agility at the start and finish of each training phase. This method of use for the CMJ is used as it is reported as the most reliable and valid test for lower limb explosive power (Markovic, Dizdar, Jukic & Cardinale, 2004). As well as assessing performance improvements the CMJ will be compared to the squat jump to determine individual athletes training priorities. A squat jump is a CMJ without the benefit of the eccentric stretch in the muscle. The athlete holds the bottom position of the squat for 3 seconds before jumping to avoid any input from stored elastic energy. A ratio between the 2 jumps will be used to determine how well the athlete is able to utilise their eccentric contraction (McGuigan, Doyle, Newton, Edwards, Nimphius & Newton, 2006) with their subsequent training programs designed on the back of this data.

Programming
To maximise the effect of plyometric based programs variations are used such as single leg countermovement jumps, repeated hops or bounds and drop jumps alongside general strength training exercises (Fatouros, Jamurtas, Leontsini, Taxildaris, Aggelousis, & Buckenmeyer, 2000). These exercises will be progressively introduced into the program with the sessions starting at a low intensity as the previous exposure to plyometric training in the group of athletes is minimal. The athletes have started on a beginner’s plyometric program similar to the program shown below developed by Cleather (2007). 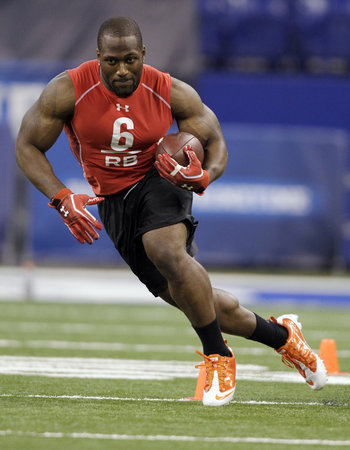